Posted by Brian James on May 5, 2017 in Photography, Uncategorized

The sun has finally emerged in deepest darkest Cumbria. No, it actually has! Unfortunately the warmth is still a little way ahead so I still needed to don my coat today. But the excuse to go out and take a few photos was too much to miss.

The question is what should I take photos of? I have taken thousands of pictures of babies & children through my other school & nursery photography company so I’m bored with that. I have just done a few landscape shoots so that was out too. Street photography? No, disillusioned with that.

I know, lets pop over to the aircraft museum at Carlisle Airport and take some more photos of the aircraft while the light is good.

Only trouble is that I have dome this loads of times before. How can I do something different?

Of Course, try a different technique. Now, what have I not really tried before?

Now I love the idea of distortion in photographs. Its something you cannot allow in portraits but I love to do it on photos of buildings and even more so on machinery.

So it was on with my newest lens the little 10-18mm Canon EF-s to the 7D and drank the zoom out to the wider end of cool.

But how do I do HDR shots? Guess work and practice, the same as I have done all along.

Taking a guess I decided to take bracketed shots of 0, +2 & -2 stops. That should give a good extreme to allow the highlights to be captured along with the shadows. Then what? well, I’d better break out the tripod to make all the shots exactly the same as they were going to be merged later on in Lightroom.

Next I can’t avoid shadows when shooting with a REALLY low sun but I can avoid my shadow being one of them. So I put my delay timer onto 10 seconds to allow me to get out of the way.

Shooting at 8pm meant that I had that wonderful “golden hour” evening sun but it also had the added advantage that there was on one around to get in the shots.

Half an hour was all I had on site so I didn’t waste time. Plus I was absolutely freezing.

“Chimping” at the screen on the back of the camera I though I may have some interesting shots, or at least every third shot looked ok as the other two were 2 stops over/under exposed obviously. 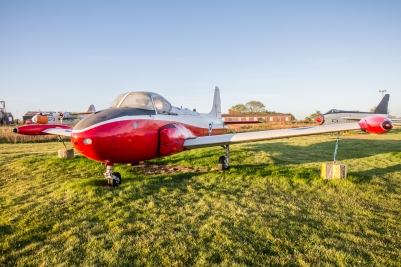 I headed home and loaded the images into Lightroom then started the HDR merges. Unbelievably easy to do, I was astounded at the results. But I decided to play. You know what they say “little things please little minds” well I was in a playful mood.

As I said earlier, I love using distortion of perspective where I can, its a release from the restrictions of shooting good portraits which I do most of my professional time. But I also love playing with distorting the colour and lighting palate.

Maybe you do too, maybe you don’t. Does it matter? Not a bit in my book. I enjoyed taking them, I enjoyed processing them, I’ll enjoy printing them, probably enjoy framing and hanging them and I’ll enjoy looking at them.

Isn’t that what photography is really all about? Enjoying images.

← The Sun Has Got His Hat On
Plane Crazy →