Let Us Pray (for some nice light)

Just under a year ago I found a great little subject to photograph, Cumbrian village churches. I even wrote a blog page on it Little Churches. The effect was interesting for me. There will be no money in it, there will be a lot of hard work and research for it, there will be those who will criticize my style, but it will be worth it.

I have however, changed some of my shooting style. I’ve had great fun shooting in HDR recently and so I decided that I would concentrate on that as a style. Also I have acquired a new lens since then, a 10-18mm super wide angle.

Now, before I go any further, you will see just below this a gallery rather than a few interspersed stills. I’ve been busy. So please enjoy the items in the gallery but please continue reading the rest of the blog straight below it.

I started doing some research last year on the local churches and decided to exclude those inside the bigger town/city centres. My current list is around 110 different churches to explore. So I really have my work cut out. 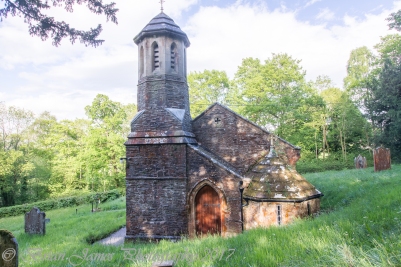 I’ve also given myself some ground rules. No insides, keep the religion to a minimum and the architecture to a maximum, shoot art over accuracy, promote different styles, enjoy myself.

Interesting one that last one. Enjoy myself.

Cumbria is the second largest county by land area in England, it is huge.

I travel around it, a lot! And so it is a great venue to base this program in. The biggest problem in Cumbria is the weather. It can be 25 degree sunshine one day and snow the next. Today for instance (May 26th 2017) has been the hottest day of the year with temperatures heading toward 30 degrees, tomorrow we are forecast flash flooding.

I really enjoyed the outcome of the HDR. The picture here of the entrance to St James’s at Uldale could not have worked without it, or at least without a whole load of extra work in photoshop. The detail in the roof was totally hidden when exposed for the sky. The sky was totally blown out to get the inside of the roof. Put the 3 shots together and voila.

The biggest problem was where I had trees and wind together. BIG problem as you can see in this shot from Rosley. Even though the 3 bracketed shots were taken in rapid succession, the tree branches were moving between shots and so do not line up thus giving a ghosting and a chromatic aberration effect.

Alternately, here is the same shot from the standard exposure to compare.

It is nice that even using a non standard technique such as HDR still gives the ability to get a shot even if it goes wrong as you always have the standard mid exposure to fall back upon.

Anyhow, back to the non techie stuff.

The main point I’m aiming for now though is to get a really good collection of all the village churches in the North of Cumbria, create some fine art prints of each and then have an exhibition. After that I am contemplating putting the exhibition into a photobook format. It should be fun.

Each of the selected fine art prints are being offered for sale as limited edition prints with a maximum run in any particular size of twenty five along with an authentication certificate. Watch this space for details.

I have had a couple of truly amazing days. The prayers for good light had been answered and I had a few days in the most idyllic countryside imaginable. It was truly awe inspiring, 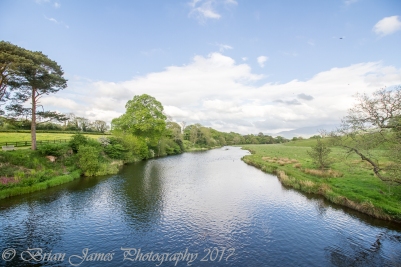 especially when I came upon a little river on the road to Bassenthwaite. No power lines or wind turbines in sight. Beautiful.

So until the next time. Keep shooting.

I said above how wonderful my days had been. Unfortunately it was tempered somewhat by the report that night of the terrorist attack in Manchester.

I felt somewhat guilty to have had so much personal fun when only a few hours later so many innocents would lose their lives or be disfigured in such a brutal and cowardly way. I have served as part of the rescue teams at the aftermath of terrorist atrocities, most notably on the night and following days of Lockerbie. The sights stay with you for ever.

I send my sincere condolences to the families of all those involved.

RIP to all those who have passed to higher service.